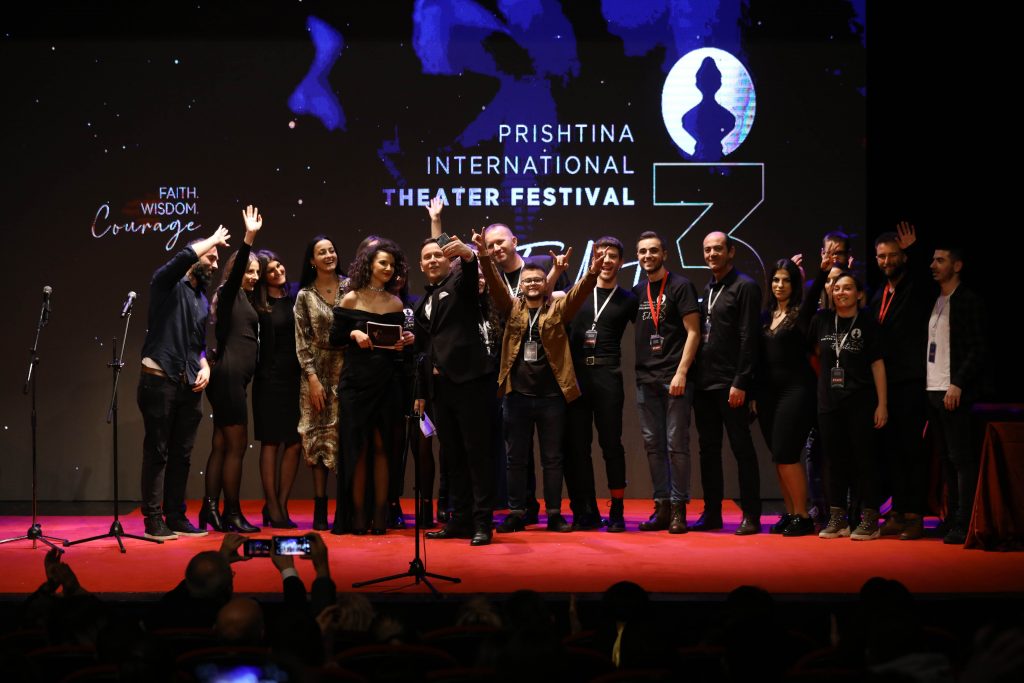 In a grand ceremony organized at the AAB Theater “Faruk Begolli” and broadcast live on Radio Television of Kosovo, Saturday night the awards of the third edition of Prishtina International Theater Festival 2019 were awarded.

The main award of the festival, Best Actor, went to Northern Macedonian actor Tome Stanovski for his role in the show “I’m Actor Human”.

“Prishtina is my heart. This is my first award in my career and I will never forget it” said actor Stanovski, thanking the organizers. He said that this festival is the third time it is organized but it gives off the impression that 50 editions of it have passed based on the professionalism and experience of the organizers.

The Best Supporting Role was awarded to the young generation actor from Kosovo Mikel Markaj, part of the cast of actors in the play “Much Ado About Nothing” directed by Zana Hoxha.

The award for Best Director was won by Greek director Angelopoulos Tasos for his performance “Moscow Selim”, which was praised for the filmmaking findings brought to this edition of the festival.

The Best Director award was given by renowned BaH producer Zijad Mehić, who said the festival will only continue to grow and become a major international festival.

The Croatian play “Voliš li me”, directed by Janez Vajevec, one of Slovenia’s most renowned stage art and acting teachers, received the double award for best performance. This performance was awarded by both the professional jury and the media jury. The winners of the award, actors Vesna Tominac and Žiga Čamernik, dedicated the victory to the entire show team, while praising the award as extremely important. One of the special prizes of this festival was the award of the students’ jury for the best performance, which went to the performance “Truth or Dare” from Bulgaria. “Everything was great here. We were excited about attending this festival and are very happy. Thank you very much!” said the actors from Bulgaria.

The third edition of the Prishtina International Theater Festival, the only international festival in the country, brought five theatrical performances to the competition.